The swim team dives in after rocky waters 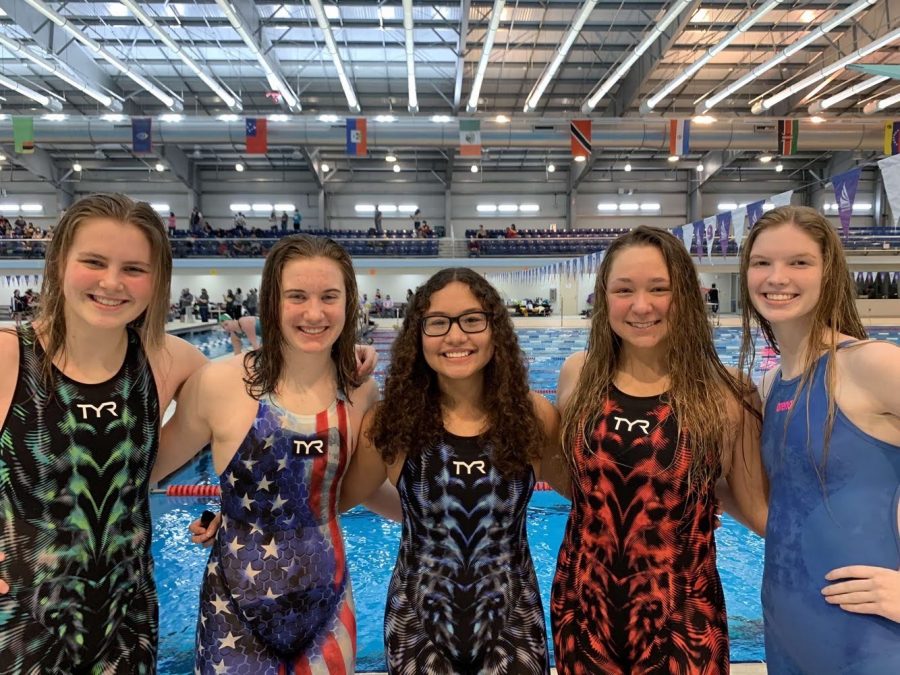 The swimming and diving team fought a hard season last year. The team faced many challenges as well as disappointments considering they did not have their home pool available to them and they had to wake up at 4 a.m. three days a week to swim at the Perry Natatorium. It caused the team to decrease and practice 40% less than what they normally would in a regular season.

This year, however, the team is diving back in with a home pool ready for action and a team that is growing bigger by the minute. There are many more kids signed up for this season compared to how many had quit last year because of COVID-19’s restrictions at Perry’s pool.

Head coach, Zachary Hawkins, has been the swim team’s head coach for six years and knows how this team flows in and out with it’s members. He has stronger hopes for the team this year, including a possible State relay team.

“There are more swimmers, about three times more than last year, but not everyone will stay,” Hawkins said.  “I’m going to drive them harder than last year, push them more, a lot more. I was lying to myself and doubting myself and what I can do.”

From looking at last year and to the countless more opportunities to the team this year, there is so much the team can accomplish. Swimmers themselves are thrilled to have a normal year again, especially the upperclassmen who want to show new swimmers what it’s really like to be on the team.

“I think the biggest incentive for this sport is how different it is compared to every other sport GlenOak offers,” swimmer Kate Weisbrod said.

Even with the team being bigger than last year, they know it is not the easiest sport. They want to show everyone the best example possible of what this team is like, and the motivation to keep getting better in an environment like it is.

“People can join the team seeing a group who wouldn’t normally be in the same social group, and bonding over a hard sport can really motivate people to join,” swimmer and captain Noelle Meister said.

As a team captain, Meister wants to uplift and encourage as many kids as possible to stay with the sport. A team captain’s job wouldn’t work without team spirit, especially on this team.

“It’ll be tough, but nothing is impossible. I’ll encourage others when they get down and be a bigger part in meets and practices,” swimmer and captain Corder Houk said.

From the other coaches, Coach Sarah Malley and Coach Anthony Ferrell understand things as much as the next swimmer. They believe, from their standpoint as a coach, that swimmers will be able to strive further this season for sure.

“Our coaching staff…is going into the season with a much larger focus on the process instead of the outcome. I think helping the team stay positive and focused on their goals…will pay off big come postseason and into the state meet,” Ferrell said.

Ferrell knows that this year is so much better than last year. There are many opportunities for success every practice and he is thrilled for even the smaller things for the team that will benefit every swimmer at meets.

“Having fans return to meets this year to add some noise and excitement will help our swimmers race at the top of their game,” Ferrel said.

Sometimes the little things can make the biggest differences for teams and athletes to be successful. The swimming and diving team will have countless opportunities for success this season. The positive vibes and environment around everyone will uplift and drive the team forward.