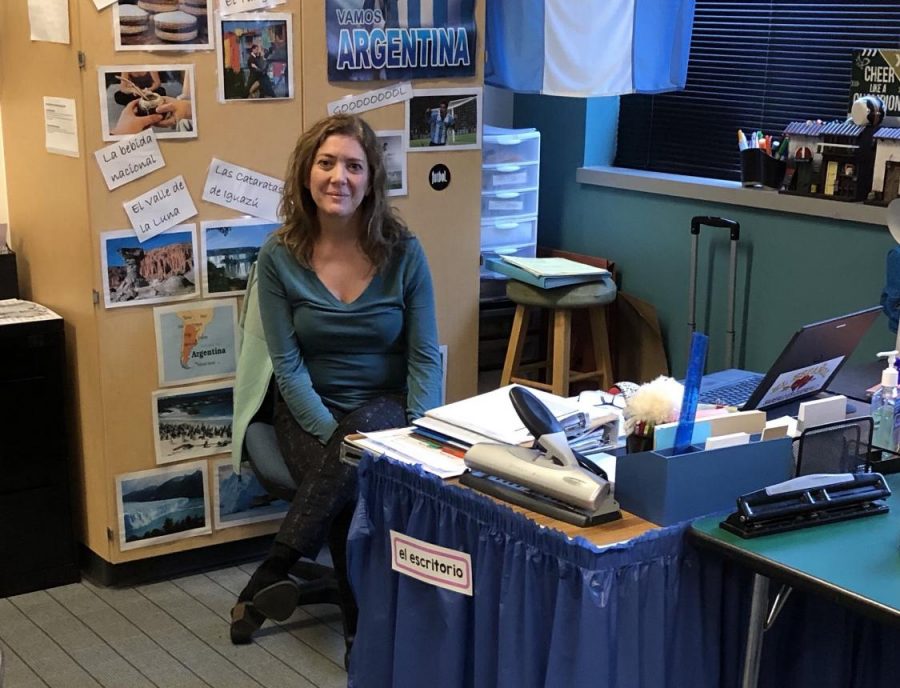 In 1982 Argentine dictator Leopoldo Glassier invaded the British owned Falkland Islands. War erupted between Argentina and England. Teacher Silvia Molina, would soon find herself sandwiched in the middle of an international conflict.

Molina’s family went back to Argentina in 1981, resulting in a huge culture shock for Molina. Molina was born and raised in the U.S. She has lived in many places before Canton, including Arizona, Pennsylvania and Texas. Molina’s father was a doctor and came to the U.S. for training; after his training was complete he returned to Argentina.

“Living under a dictatorship at the age of 14 was a scary time, especially since I mostly only knew English, who we were at war with,” Molina said.

Even though the Falklands War lasted 10 weeks, Argentina was defeated. In its defeat, everything associated with the English speaking culture was stripped away. Molina had to constantly carry around an ID in fear that a military officer would stop her to check due to Argentina being in a dictatorship and in War. The English language, music and books were all gone.

Molina spent her life there in school, schooling for language and finishing her final years of high school to continue her work as an English teacher, finding much joy in the art of teaching.

Despite the lack of English culture, Molina describes Argentina as magical, laid back, with surprises at the door each day, amazing food and people.

In Argentina, Molina originally went to school for translating and education.

“My ideal dream job would be a movie translator, imagine how cool that would be,” Molina said.

However, Molina never worked her dream job as a movie translator but she still found her passion in translating with students.

Molina taught English for 12 years to students in Argentina. However, much of Argentina still disliked England, but many were still interested in learning English for the purpose of coming to the U.S. This gave her a reason to continue translating and teaching.

During this time, she got married and had two children. However, in 1997 Molina and her husband decided to move back to the U.S. Molina’s husband wanted a new challenge and experience and was given the privilege to come to the U.S.

Once back in the U.S. Molina decided to continue her teaching career and went back to become a Spanish teacher.

“My proudest moments are when students finally understand something; that “ah ha” moment; it’s what keeps you going each day,” Molina said.

Molina has been teaching at GlenOak High School for 21 years.

Many students of GlenOak High School have amazing stories and learnings from Molina over the years.

“Molina would always go out of her way to make sure her students would be able to understand what was being taught. It’s been a couple years since I’ve had her, but she’s a great teacher and she always found fun ways to get us to learn,” senior Eva Hotchkiss said.

Molina has been effectively teaching all levels of Spanish, level I to IV, throughout the many years at GlenOak.

“I feel like she’s a great teacher and she teaches content very well. I’ve learned a lot more in her Spanish class than I have in previous years,” senior Madison McCarthy said.

From wartorn Argentina, to traveling the globe, to GlenOak Spanish teacher, Molina made a lasting effect on the lives of many students. She has been through a dictatorship, many cultures, and taught thousands of students through her life with many more stories to come.