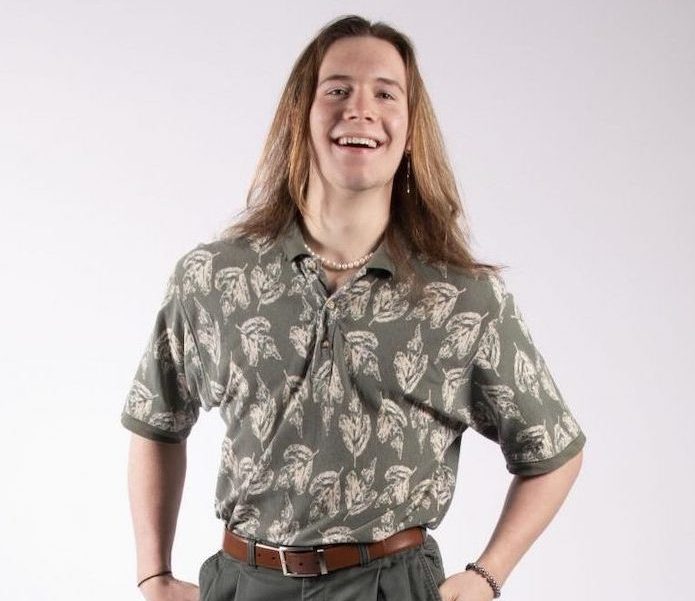 Fashion is a form of self-expression that has been around since the beginning of mankind. Gender norms have changed with fashion through the years. These two stories explore the history of fashion and the societal impact of fashion. For more stories on fashion click here. 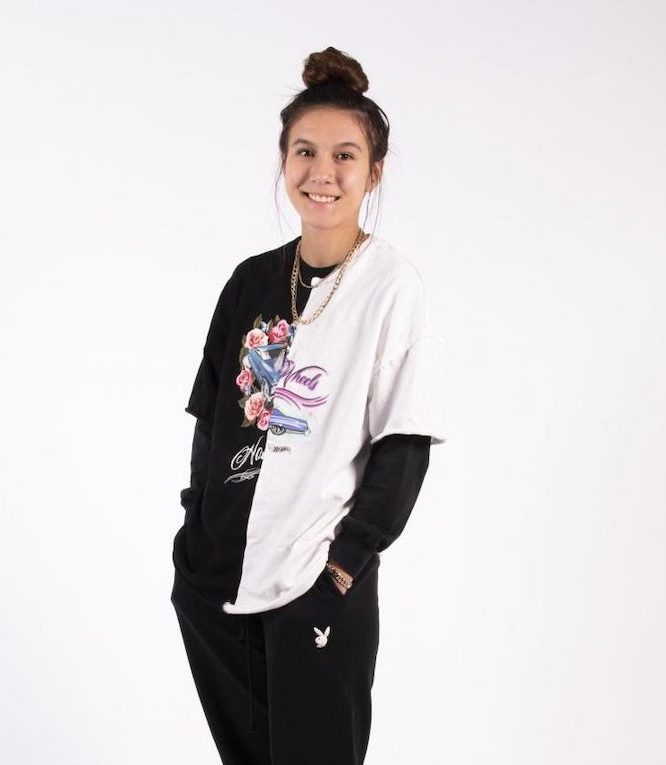 Gallery|2 Photos
Kayla Rowsey
Junior Zoe Myers dresses either masculine or feminine depending on the day. She wears what is comfortable and feels good in.

Harry Styles and the earliest warriors have the same stylist.
Styles made headlines in 2020, but not for his music. Styles appeared on the cover of Vogue wearing a dress. Being the first man to ever appear on the magazine cover in a dress. Critics argued that it was inappropriate for a man to wear a dress and that society needs to ¨bring back manly men.¨
Arguably some of the most ¨manly men¨ in history wore skirts and dresses.
The fashion industry has been through many changes throughout history, evolving gender expectations.
The first Aztecs would weave skirts to fight in since it was an easier pattern and believed it gave the warriors more maneuverability. Greek philosophers are famed for the toga, which eventually spread to the Romans who used them as a symbol of social status.
There was one activity that everyone had to wear pants for, no matter the gender: Riding horses.
The idea that pants were masculine started as soon as horses began to be used for military purposes. For centuries armies only allowed men to fight, making warriors a strictly masculine position.
However during Renaissance-era Europe, it was socially unacceptable to go out of the house without a skirt, trousers were simply too revealing. As tailoring evolved, more men started wearing pants as it grew to a symbol of masculinity.
After the 19th century, pants became the primary clothing option for young boys who carried the fashion into adulthood.
Throughout that time, women stayed with the fashion of only wearing long skirts and dresses. But as the 19th century progressed, Elizabeth Smith Miller created a version of the pants that women wear today, bloomers.
Though those pants faced much backlash, with critics saying they were ¨inappropriate¨ and ¨not feminine enough.¨ The bloomers faded after a few years and women did not wear pants again until WWI.
During WWI and WWII there was a large boom in women wearing trousers. For many of the women, wartime was the only time they ever worked. The long fabric of the skirts and dresses they usually wore were a safety hazard. After the war, pants were still worn by women, but only in leisure situations.
Still, dresses and skirts still remained the primary choice until the ´60s and ´70s. By the ´60s the influence of the women’s rights movement spread into fashion when many women made the switch from skirts to pants for everyday wear.
Women were not the only ones who made a fashion statement in the ´60s. A clipping from a German newspaper in 1967 had a picture of young men in skirts with the caption, ¨The rage in Germany is skirts on fellas (don’t knock it girls, the Romans wore ´em and looked quite groovy.)¨
In European countries, many boys started returning back to their roots and wore skirts. This fad slowly died after the ´70s for the general public, but celebrities continue to defy the gendered clothing of the day.
Many iconic musical artists such as David Bowie and Kurt Cobain wore dresses on the cover of magazines and at shows.
“I like to wear dresses because they’re comfortable. Men wearing dresses isn’t controversial,” Cobain said in a 1993 interview with, The Face.
The biggest controversy as of late has been Harry Styles’ photo shoot with Vogue. Styles´ fashion has always had a feminine influence, many modern menswear designs do.
Arianna Likouris is a fashion designer for Macy’s private label in New York City. She has worked in the fashion industry for the last four years.
¨When we have to create concepts a lot of the patterns we use on menswear were taken from our women’s designs,¨ Likouris said. ¨Menswear trends have been influenced by women´s fashion for years.¨
Men’s everyday wear and high fashion are both getting a makeover. Many everyday trends are inspired by runway fashion. Androgynous clothing is no different.
¨A lot of runway brands are starting to mix men’s and women´s fashion. Usually, there is one fashion week and it’s just womenswear shows. Then there is a men’s fashion week with menswear,¨ Likouris said. ¨Now there are shows with both men and women’s wear and honestly, the lines are so blurred you can´t tell. They really want to show anyone can wear whatever they want.¨
Fashion is a way of self-expression. Gender norms in fashion have changed throughout the years, the normalities have switched due to what was comfortable and most accessible.
¨

I don’t believe in shopping for your assigned gender. Shop for what you feel good in.” 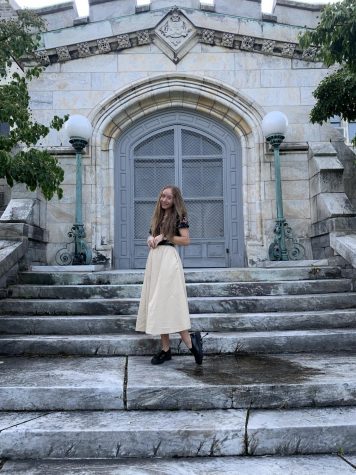 Rachel (she/her) is a sophomore at GlenOak this year.  This is her first year on staff this year. She is also a member of OMUN and Speech and Debate. ... 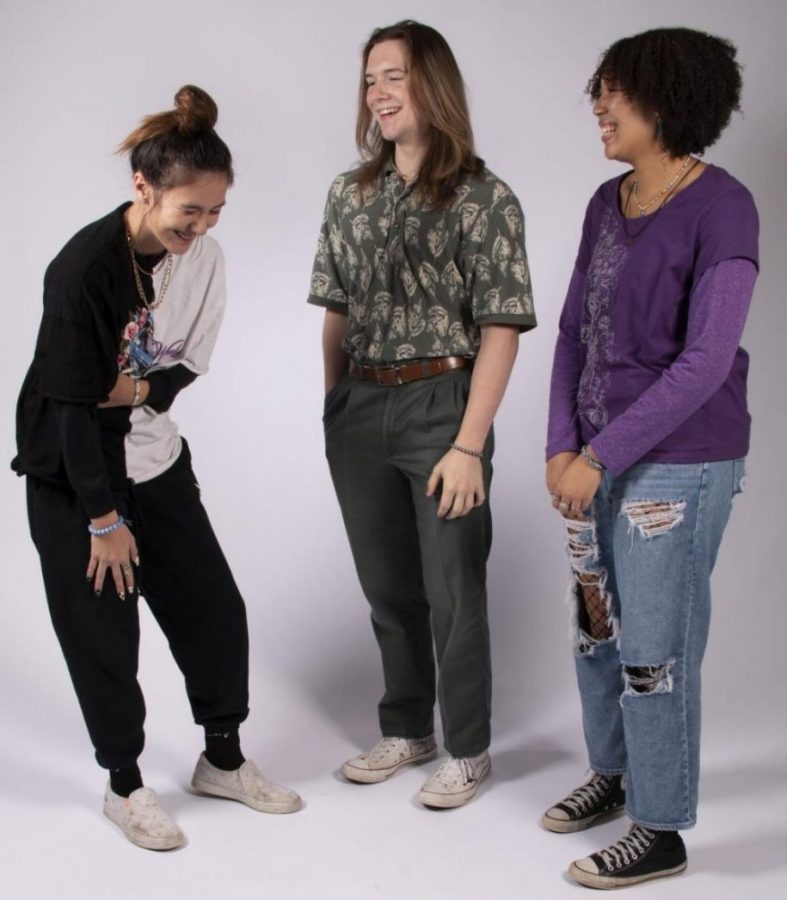 A question between gender norms and fashion has arisen and has become a more popular topic over the years. The need for certain genders to wear their typical and expected clothing has become less important among the younger generation.
Many people bend the regular stereotypes towards their gender and what they are presumed to wear. Students are becoming more comfortable in what they wear and using everyday fashion as a form of art.
Over many years the fashion industry has changed significantly. In the past, it was normal for men to wear skirts and items that are seen as more feminine items today. It is still changing and expanding every day.
“The general consensus seems to be that boys and girls will wear their respective styles of clothing, however, I think this is all very stigmatic and restrictive to the creative outlet that is fashion,” senior Bryce Binius said.
More people are experimenting with their style and breaking away from stereotypical clothing items. The fashion industry is able to expand since people have found a new way to express themselves.
“I’ve worked on myself and learned that I feel more comfortable wearing men’s clothes. I haven’t worn any girl clothes since…. It’s been years. I’d rather wear a suit and tie than a dress, and a t-shirt and baggy sweatpants than short shorts and a tank top. I think it should be normal for others to feel the way I do,” sophomore Audrey Kiley said.
People are beginning to become more comfortable with what they want to wear even if it is not the traditional style. They are able to express themselves without fear.
Breaking gender norms is becoming normalized so people do not have to worry about a large amount of judgment when it comes to what they are wearing.

They are certainly graduating to a more universal code. For years we’ve had popular figures who are respected for their bold views on cross-dressing and through them, the public is being afforded a new lens on the subject of fashion.”

“They are certainly graduating to a more universal code. For years we’ve had popular figures who are respected for their bold views on cross-dressing and through them, the public is being afforded a new lens on the subject of fashion,” Binius said.
People in the public eye have also influenced the change in fashion norms. Everyday fashion has shifted at the hands of influencers and celebrities. Teens especially are heavily influenced by celebrities, when they break the basic gender stereotypes it can cause a large effect on their audience.
“Be willing to try something new, push societal standards. It is something that requires an incredible amount of bravery and courage. Start out small, change a thing here and there and experiment with finding what you truly believe to be your style. You’ll find much more support than you’d ever believe,” sophomore Anzel Richkowski said.
The fashion industry is a forever-changing thing. The gender norms slowly fading away have changed that even more.
Growing to be more comfortable in what people wear has altered the way fashion has been used in everyday life. Gender norms are being broken more and more, expanding the industry. The judgment that comes with it is also decreasing in significant amounts.

Lucy Howell (she/her) is a sophomore at GlenOak. This is her first year on staff. Lucy dances and is a part of the student council. In her spare time,...

Donate to The Eagle
$50
$500
Contributed
Our Goal
Submitting donation...