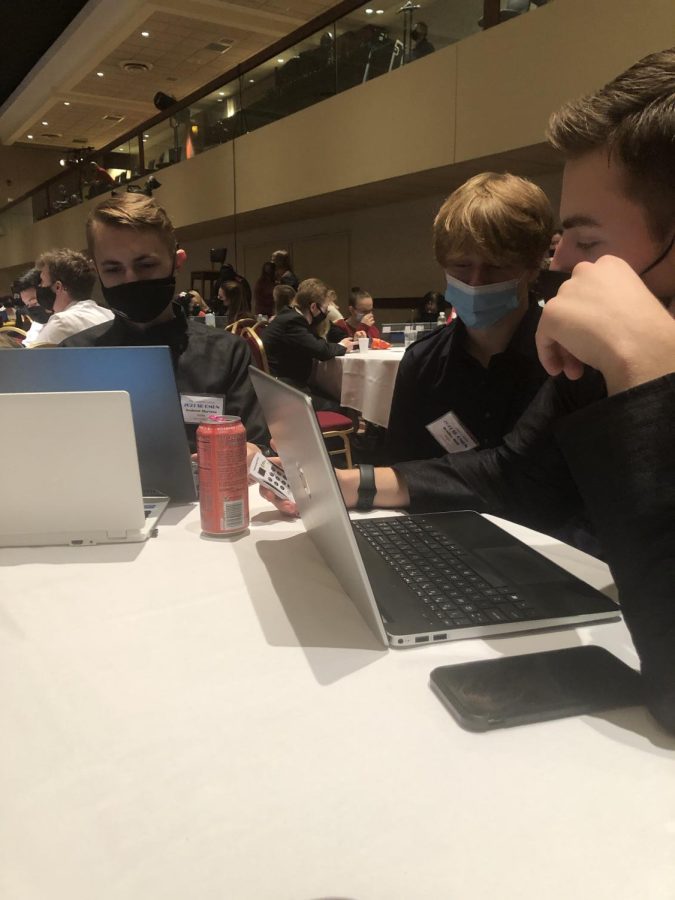 The United Nations is a collection of all the world’s countries gathered together to solve the world’s greatest problems.

OMUN (Ohio Model United Nations) is like a simulation of what the UN would actually do. Each team choses a country they would like to represent, the students then draft a resolution, or solution to a problem from that country’s point of view.

The students in the group are required to dress like citizens of said country to give OMUN a more worldly feel.

OMUN starts in mid-October, and goes until the first day of December. Students are tasked with writing a resolution with a chosen group of four to eight members. The resolution will be presented at the OMUN summit during the first week of December.

OMUN consists of a three-day, two-night trip to Columbus in which students need to present the resolutions to other schools.

“OMUN is great because I get to work with my closest friends on an academically challenging task,” senior Brody Fravel said.

The actual event of OMUN is broken into two different events  between each of the different days. The first day you arrive you present your resolution in a small council.

Small council is a room of 10 other groups who all present their resolutions, while judging others, while they are not presenting. The goal of the small council is to to narrow down the amount of groups presenting in the grand council.

If the resolution is deemed good enough in the grand council it will be up for awards such as “outstanding resolution,”  and a few others.

During the second day while the best of the best are presenting in GC there are also individual essay writing competitions with the chance for you to bring home some hardware.

“The individual writing competition was really cool, the prompt was solving poverty within your nation, and you could use your imagination to create a solution,” junior Dylan Wolfe said.

At the end of the third day after each exemplary group presents in GC, there is a three hour long party much like a high school dance held in a conference room at the hotel.

Finally the third day, awards. This is the day they announce the winners of the individual writing competitions, and who had the best resolutions in GC. After the award ceremony you pack up and leave the hotel, go back to Canton and wait for next year.